For the Lumières Nordiques in 2022 in Normandie, Peter Funch proposes a new photographic project, tracing the footsteps of the Atlantic Wall, with the Danish coast as a point of departure. The series will consist of large format black and white photographs shot from within the bunkers, the viewpoint of the sealine/horizon always visible within the frame, producing a relatively abstract, painterly image that eschews the expected qualities of photography and landscape documentation.

The Atlantic Wall was an extensive system of coastal fortifications built by Nazi Germany between 1942 and 1944. The Wall stretched all the way from Norway, along the Belgian and French coastline to the Spanish border, covering a total distance of 2,685km (1,670 miles) and consisted of more than 1,500 structures, mostly built by slaves, PoWs and non-German volunteers. Today, vestiges of this system still stand on the coastline, an architectural reminder to one of the darkest periods of human history.

When captured in black and white, the images of taken from within these bunkers are timeless, universal, and meditative, qualities enhanced by the repetitive nature of the series, as the same viewpoints are shot during various times of day. The seascape photographs of Hiroshi Sugimoto come to mind, the subject rendered both rich and minimal in grey-scale tones. Of this sight, Sugimoto said, “every time I view the sea, I feel a calming sense of security, as if visiting my ancestral home; I embark on a voyage of seeing.”

Yet in this series, it is not a feeling of protection and stability that pervades. Within each image, the outline of the bunker walls is visible, seeming to cradle the vast and ambiguous sea-line so that the architecture asserts a participatory role in the composition. The jagged and irregular edges, sloped and uneven, determine the crop of the image and the scope of the sky and sea revealed around the horizon line. The result is an organic hardening of the otherwise edgeless seascape. This presence of the architecture ruptures the pervasive sense of calm at the center of the frame: it is a rupture within stillness. The bunker inserts itself as blurred boundary in a near void, the illusion of infinity in which sea meets the sky. Its presence serves as a reminder of puncturing, divisive forces that co-exist in history and the here-and-now: war, unhealed trauma, and lingering fear. The bunkers are vestiges, but also symbols of an active and continuous rupture, especially when one considers the undertone of violence and heightened surveillance in contemporary society. Just as the historical anxieties are both embodied and abstract, these contemporary fears are located within the frame of the photo itself. The endless sea holds the threat of ecological damage such as global warming; the borders outside of where the sea touches and the image ends, are plagued by crises of refugees, conflict, and nationalism.

When we consider the images as such–the bunker as both editor and frame, holding the abyss-like view outside and through itself–we begin to consider where history is being held. History is never static, but here it is captured in a moment of stillness. The physical cracks mark the bunkers’ structural state of decay, but covert historical fissures allow the past to slip into the present. Meanwhile, the viewpoint seems to remain unchanged in a suspended or delayed moment, connecting points in time to meet as a continuum.

Bunkers are reminders of confinement and occupation. The sea is the opposite: vacant, boundless, free, and open, a state of presence and emptiness. Looking through the viewpoint of the bunkers, we are reminded that the threat is not what we perceive, but instead, the unseen.

In his lesser known and deeply poetic work, Bunker Archaeology, Paul Virilio conceives of this, examining the Atlantic Wall and tackling histories that remain plainly visible, but are still too difficult or painful to understand, or even to actually perceive. It is these “unseen” forces at play that are unveiled through the photo series, made visible, through the abstract view from the bunker.

As the series progresses, the use of repetition becomes paramount. On an aesthetic level, the act of revisiting increases the amount abstraction in the views. Yet on a more profound level, repetition speaks to a remaining connection with this history and the possibility that the past could re-occur should we not remain aware. Like the muted, soft sealine, one must not mistake the apparent calm as reason to forsake diligence or embrace passivity.

The project is still in production so there will be a larger amount of works. 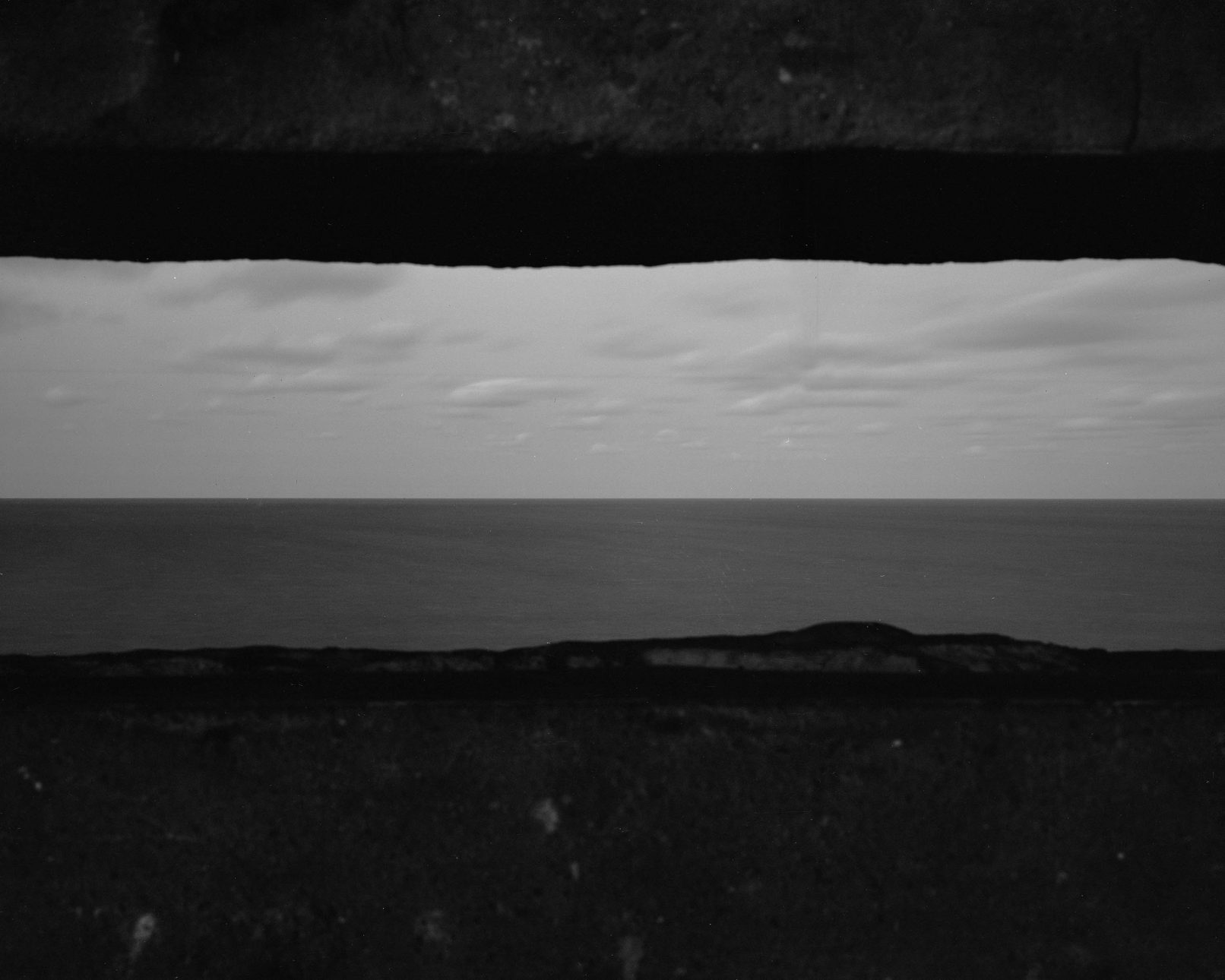 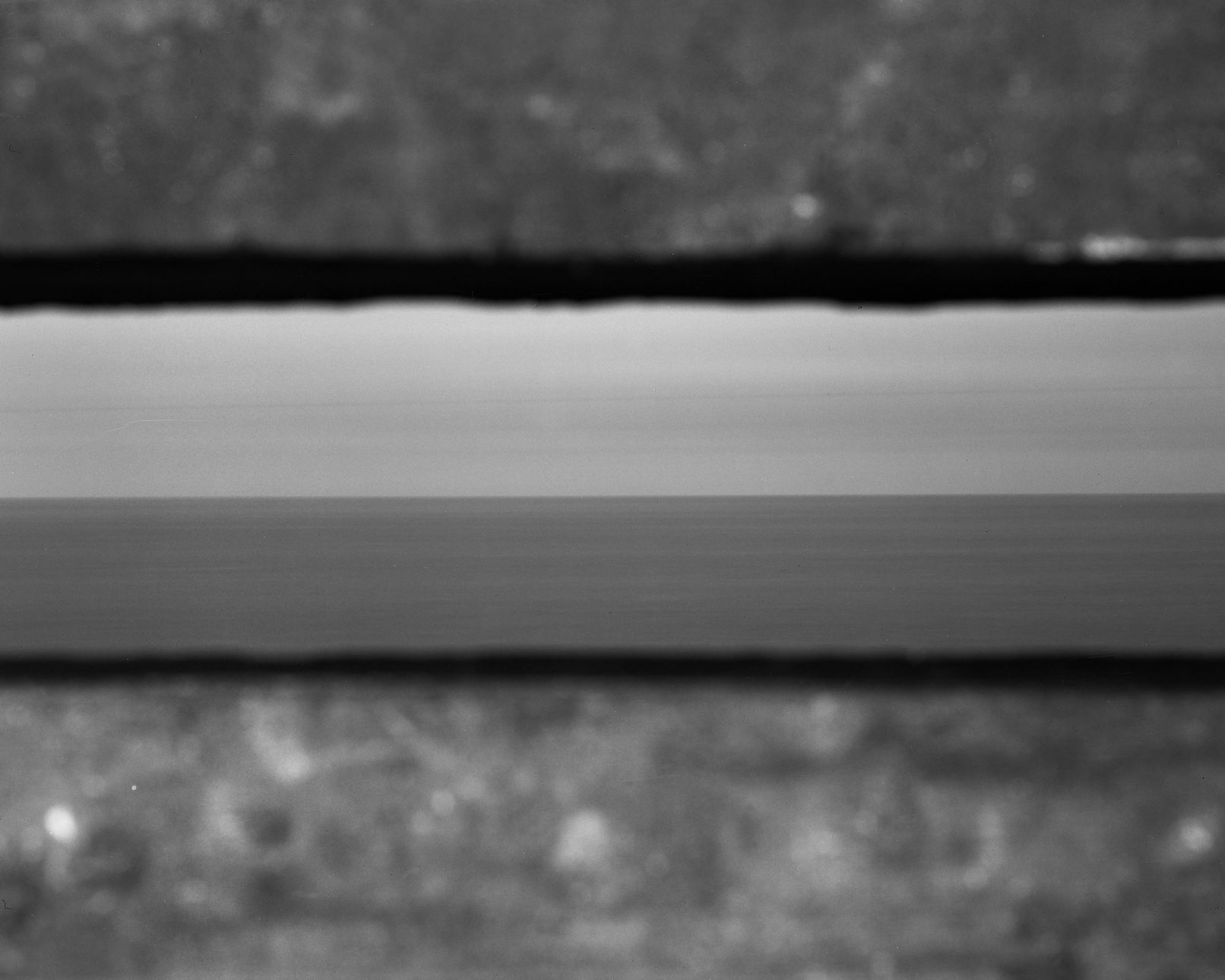 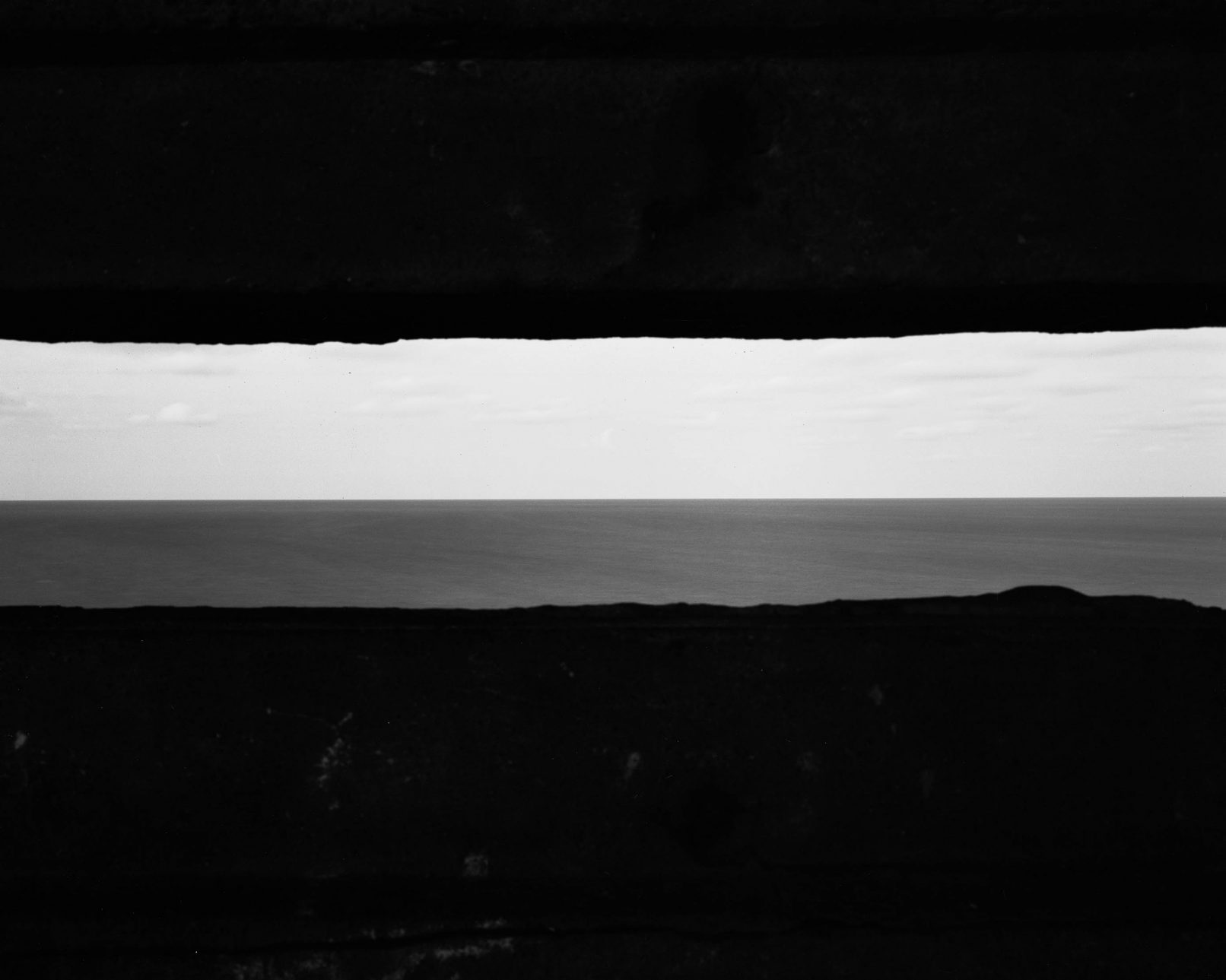 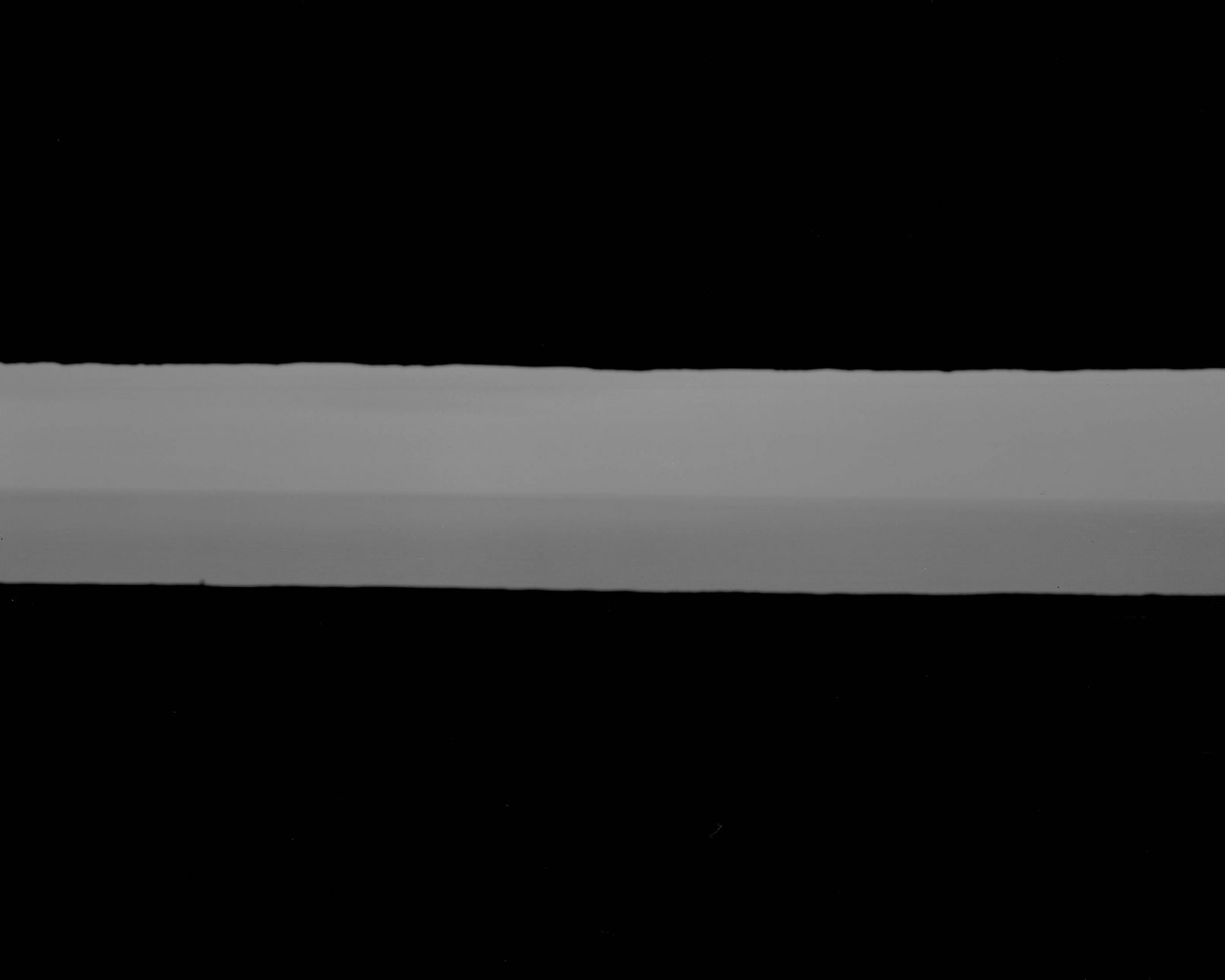 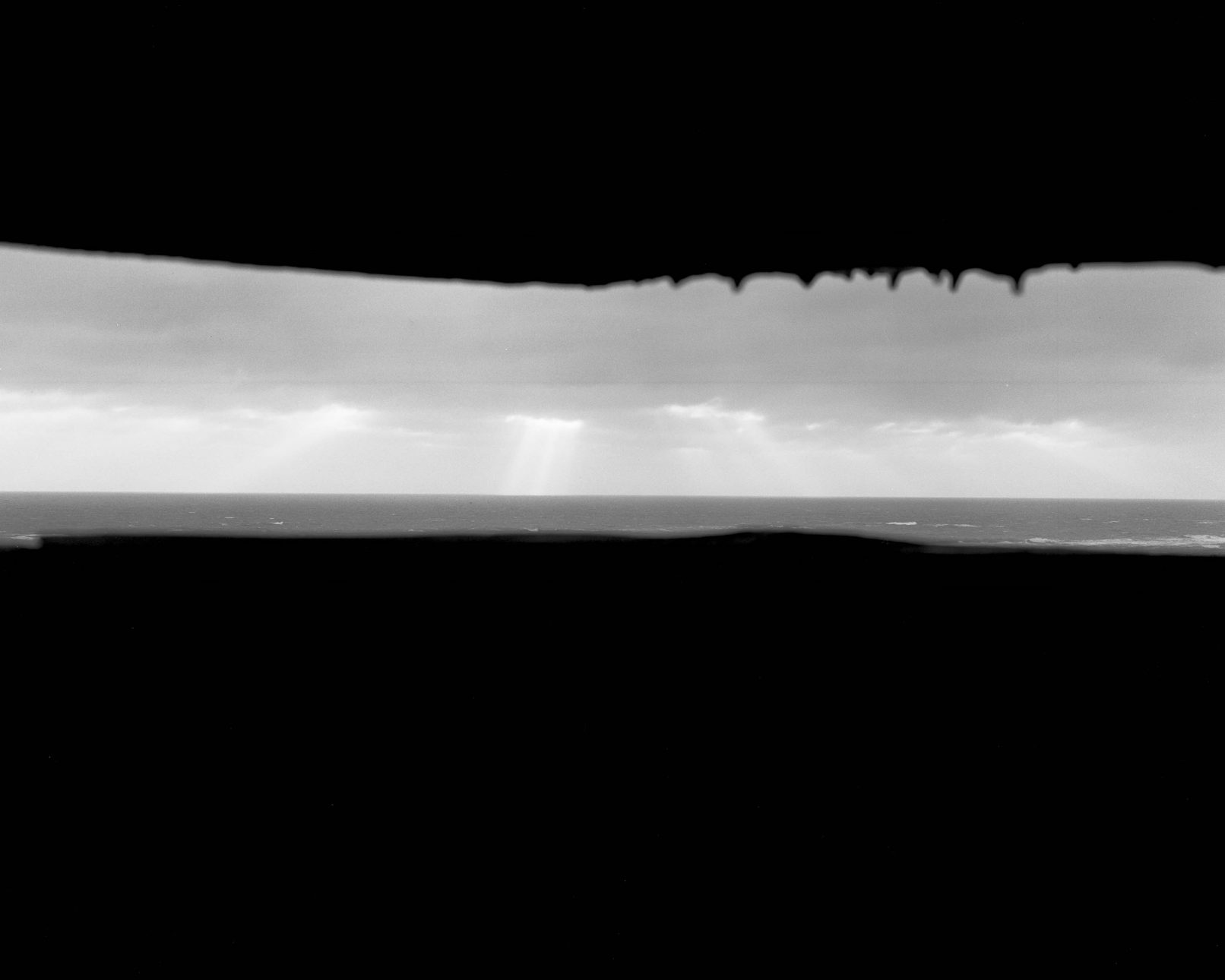 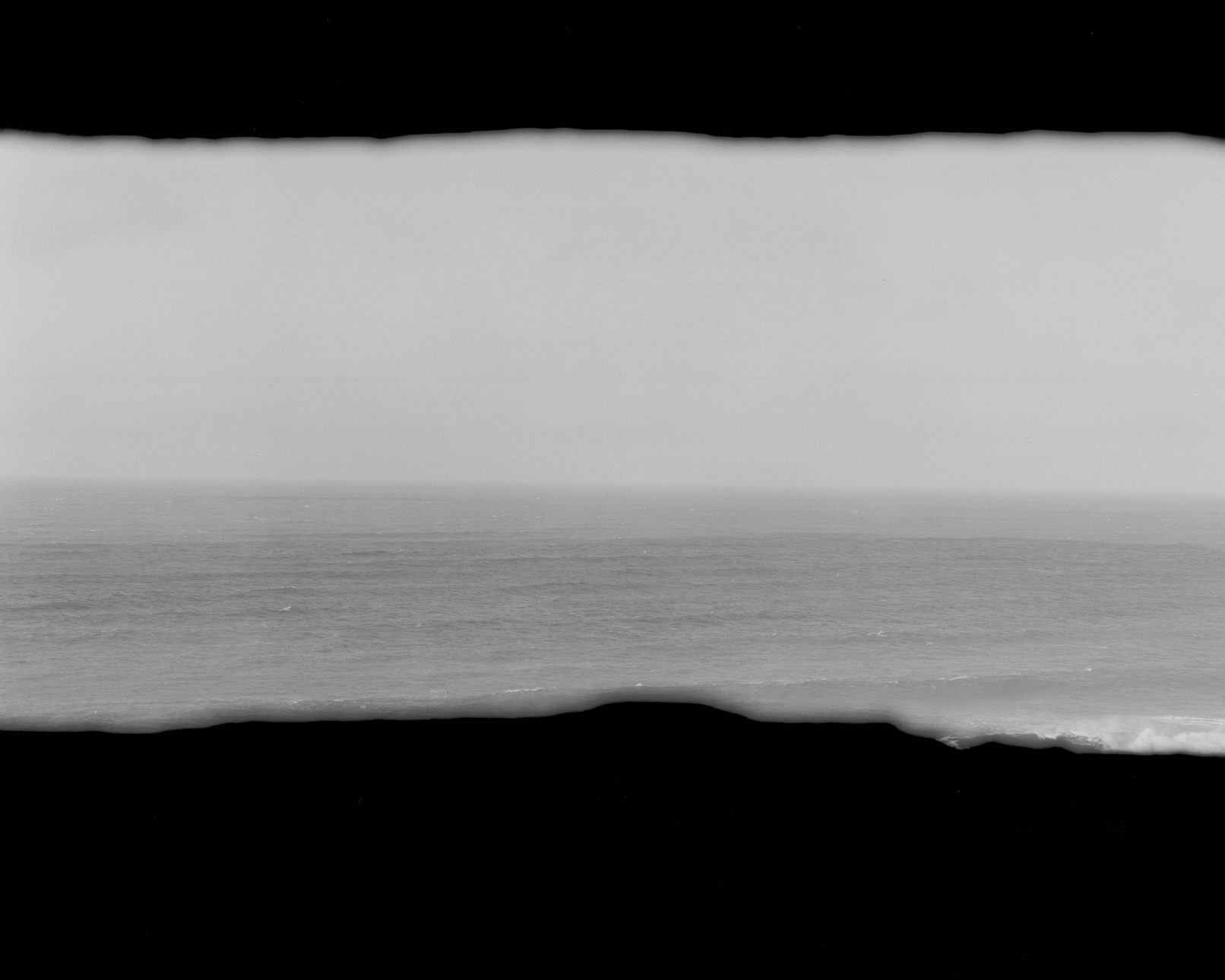 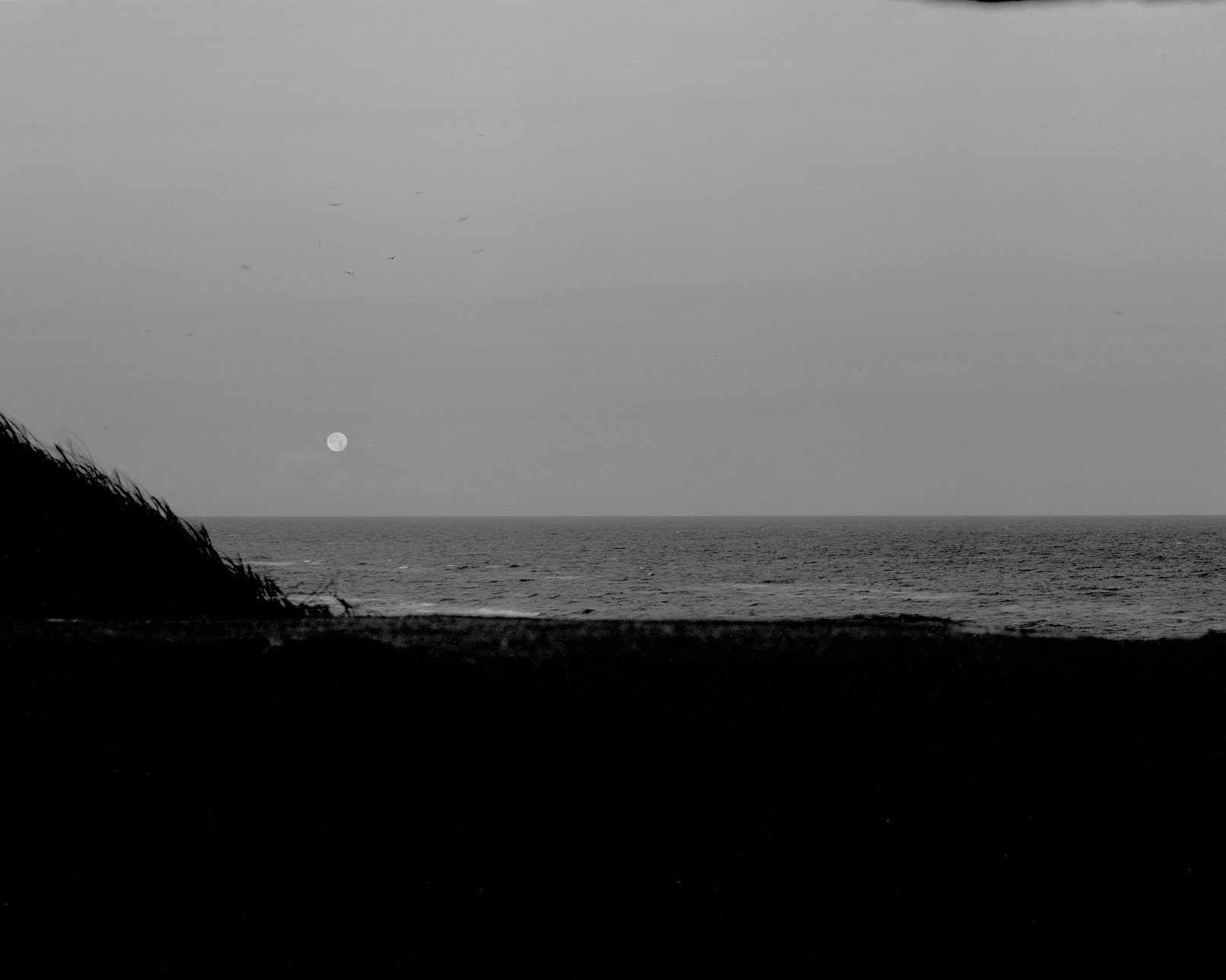 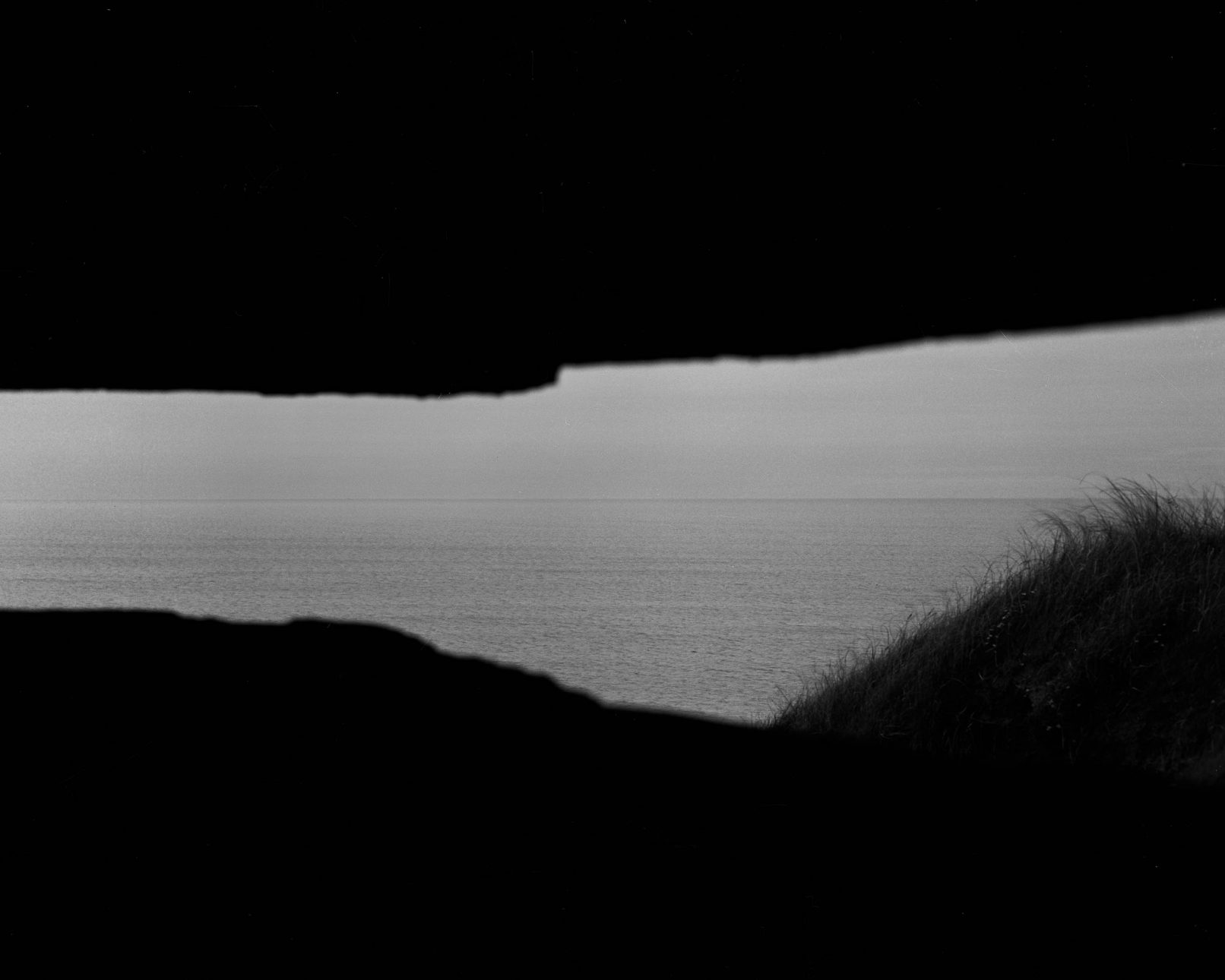 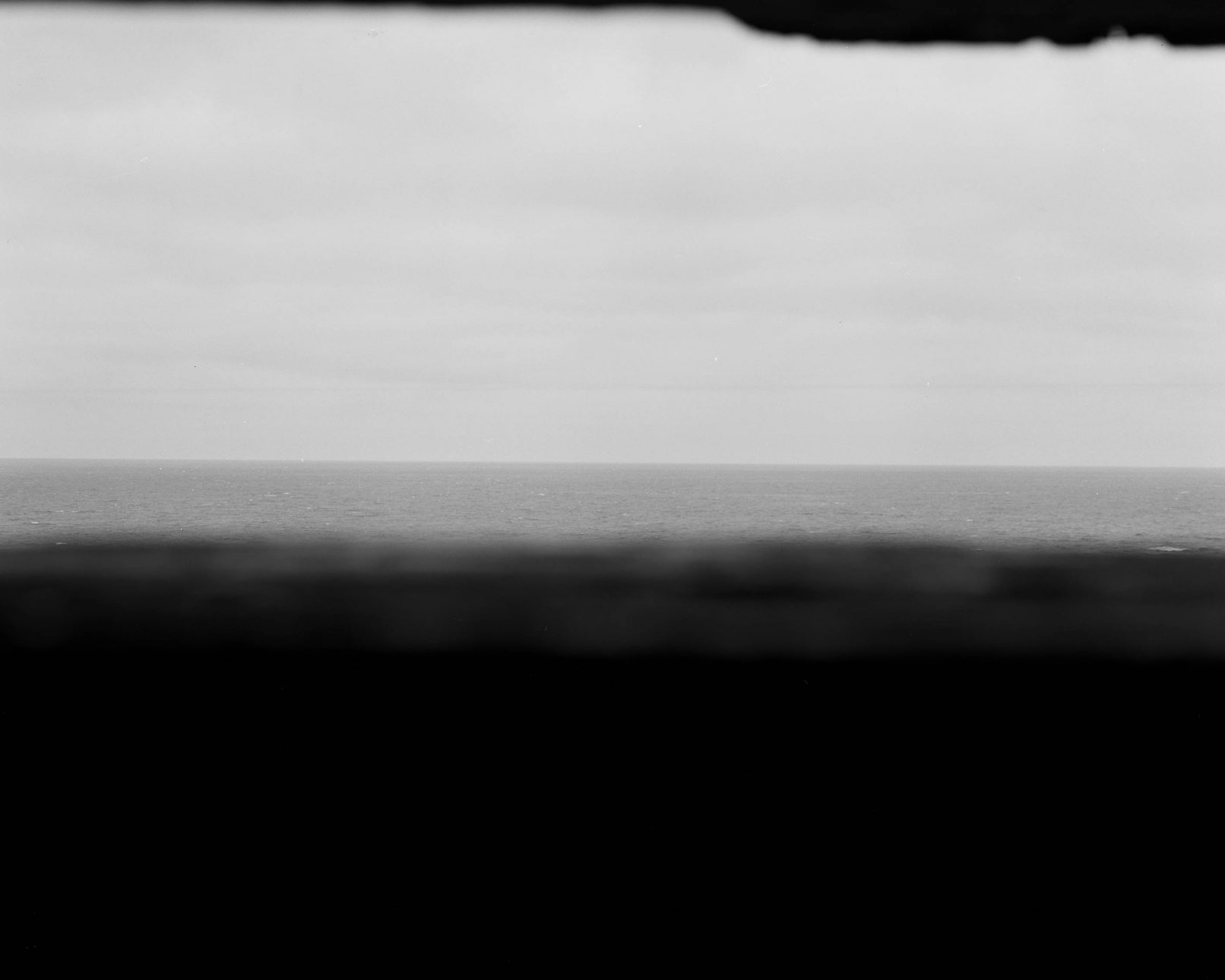 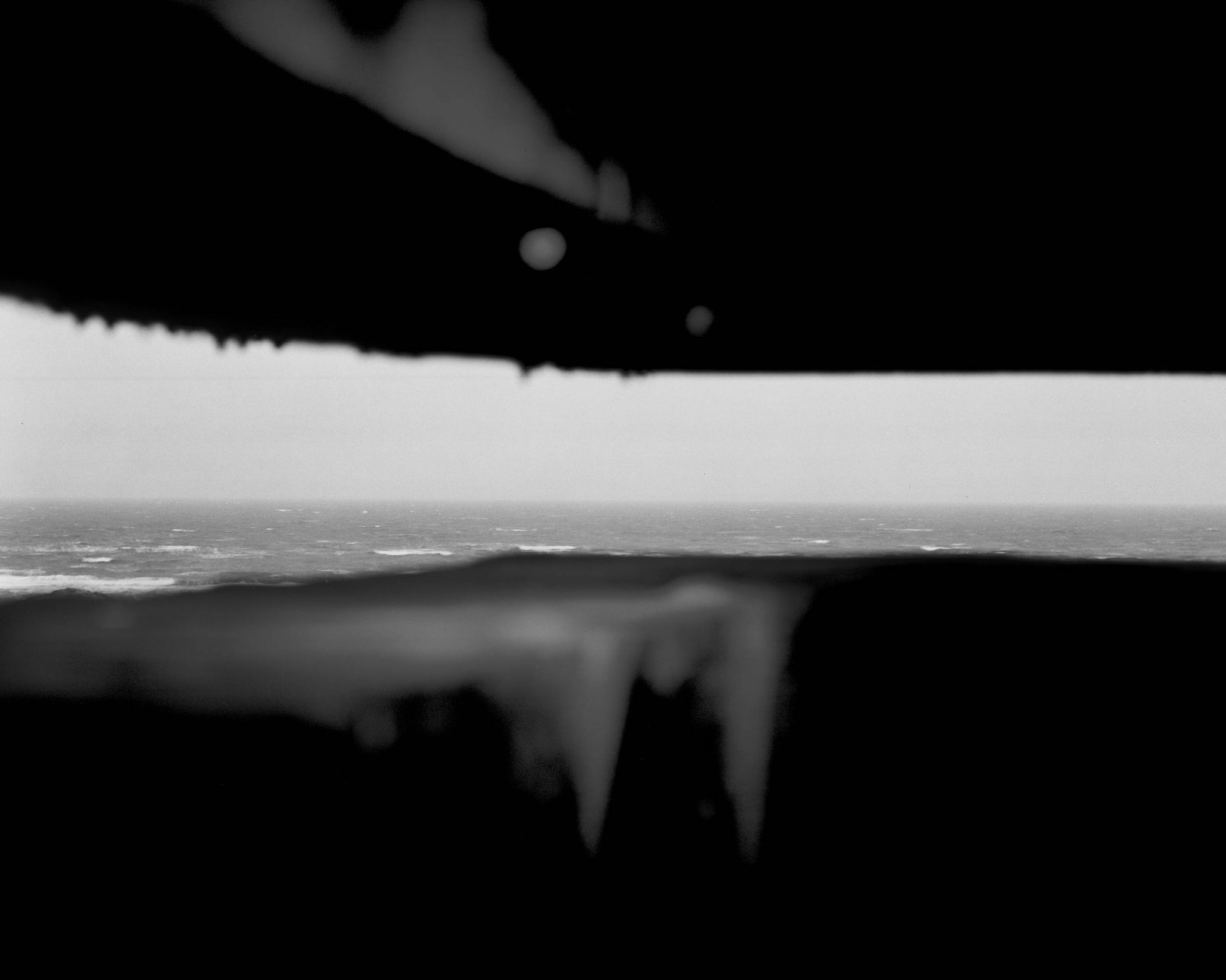