Over a nine-year period, Berlin-based Danish photographer Peter Funch executed a photographic exercise in New York City at 42nd and Vanderbilt. Situated in Midtown Manhattan directly outside Grand Central Station, this intersection is an extremely active site for foot traffic. Between the hours of 8:30 and 9:30am, Funch photographed pedestrians going about their morning routines. His cast of individuals expanded and evolved over time, and through his persistent effort, a kind of typological study emerged. The resulting diptychs function as uncanny environmental portraits, where the subjects are isolated from the bustling crowd. Although each pair of images appears to have been captured only moments apart, in reality, they may have been taken weeks, months, or even years from one another.

Equally visually seductive and unsettling, the work offers a rare form of intimacy, as many of the individuals appear to be lost in introspective moments—privately moving through the city, unaware of Funch’s poised camera. Presented on street-level billboards in Toronto’s downtown core, this seminal project addresses the daily loop in which pedestrians inadvertently find themselves. Their positioning flips the script, replacing advertisements with a different kind of ubiquity—surrogates for ourselves, commuting from point A to point B. The very act of encountering these portraits provides momentary relief from the spell, allowing audiences an opportunity to reflect on their own daily loops.

42nd & Vanderbilt addresses themes of identity, time, privacy, and the modus operandi of the citizens of the modern city. The piece resonates at a moment when our daily routine is tracked to degrees we are only beginning to uncover: a New York Times article published in December 2018, for instance, detailed the terrifying reality of smartphone applications monitoring the movement of people with startling precision, but without their consent. Surveillance has, since time immemorial, been used as a strategy of state control, yet it is only within contemporary technological societies that its precision has become all-pervasive. In Funch’s works, his subjects remain anonymous, the photographs titled only by the date and time he documented the scene. This approach suggests the work is more concerned with the routine patterns of these people and less concerned with who they are—their personalities only accessible through subtle changes in clothing and shifts in facial expression. However, a humanistic quality is revealed within the images that elevates them beyond mere recorded objects; Canadian artist and novelist Douglas Coupland has referred to the series as “a kinder, gentler form of surveillance.”

Beyond the technical nature of Funch’s images, the work poses the question: If one were to visit New York and stand at 42nd and Vanderbilt during the morning commute, who might be encountered from Funch’s photographs, still looping across that intersection? And perhaps more importantly: who has broken free? 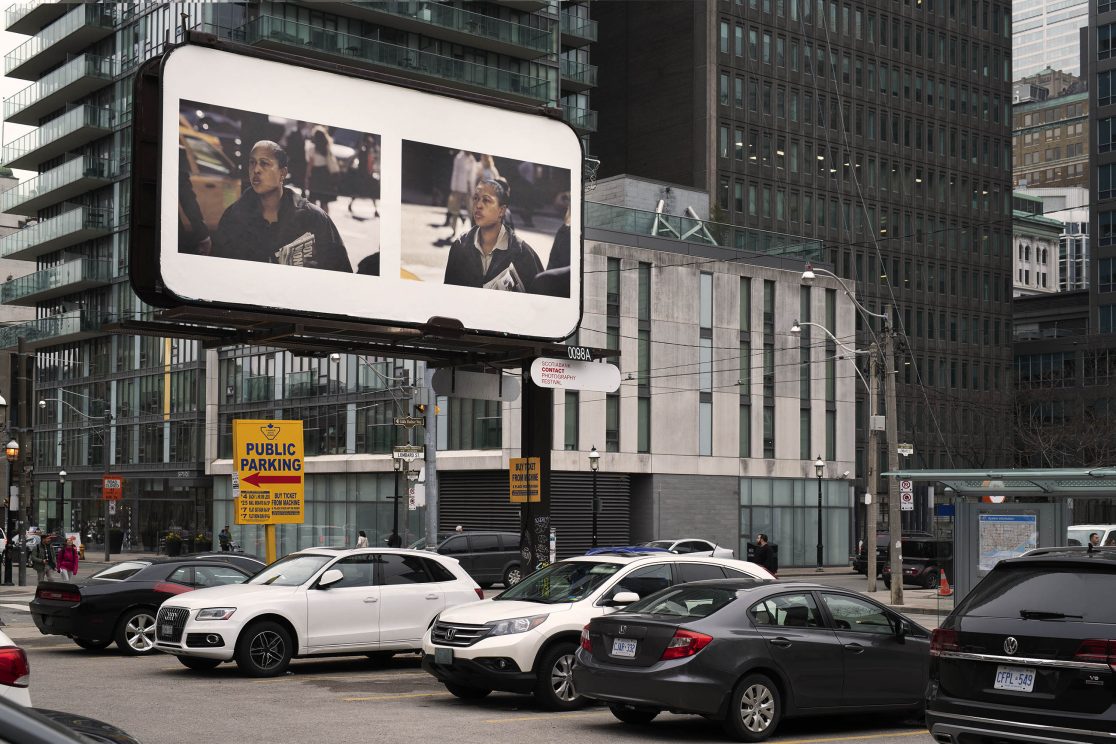 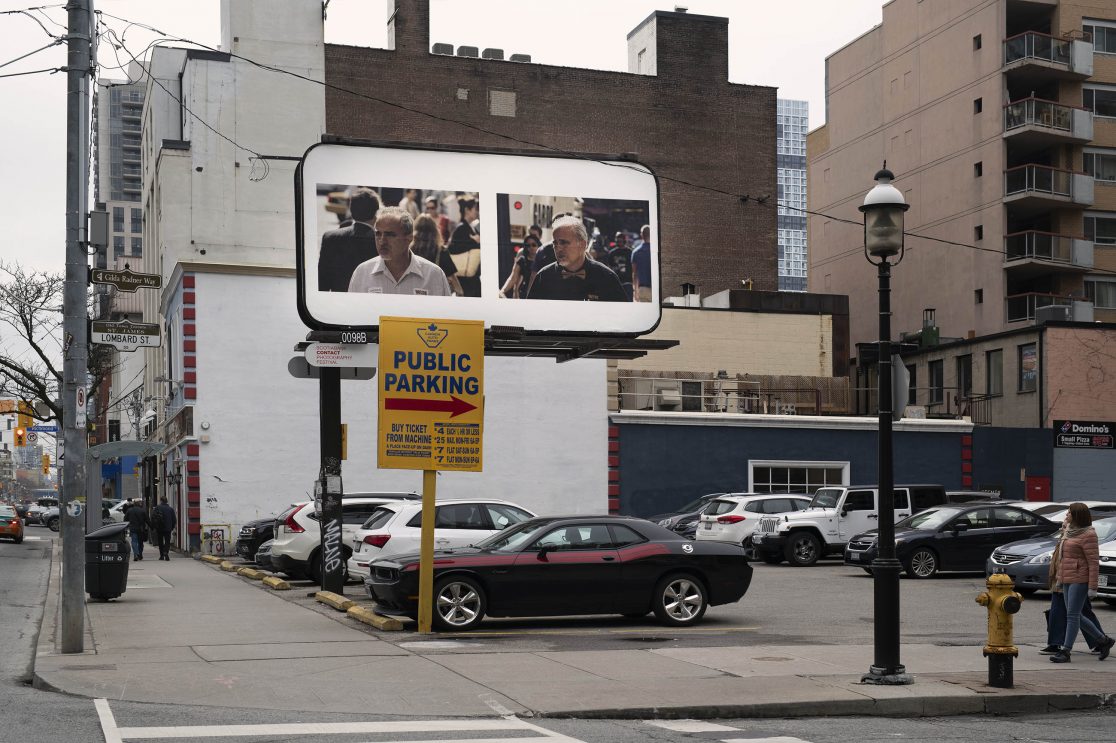 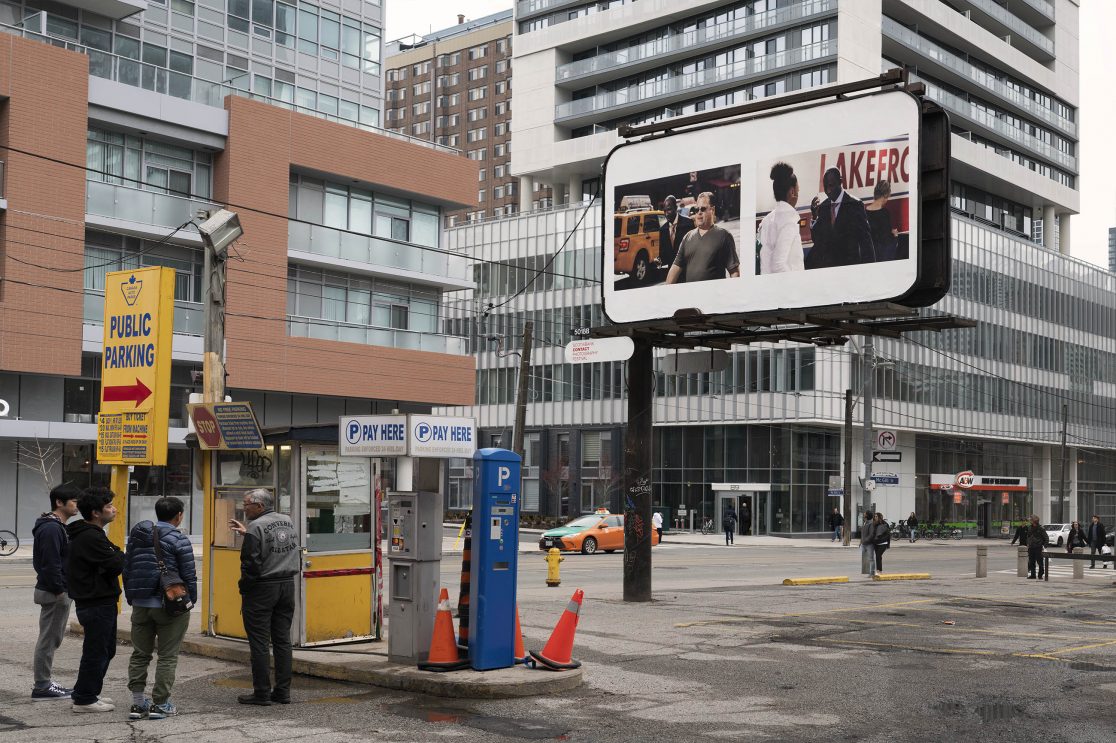 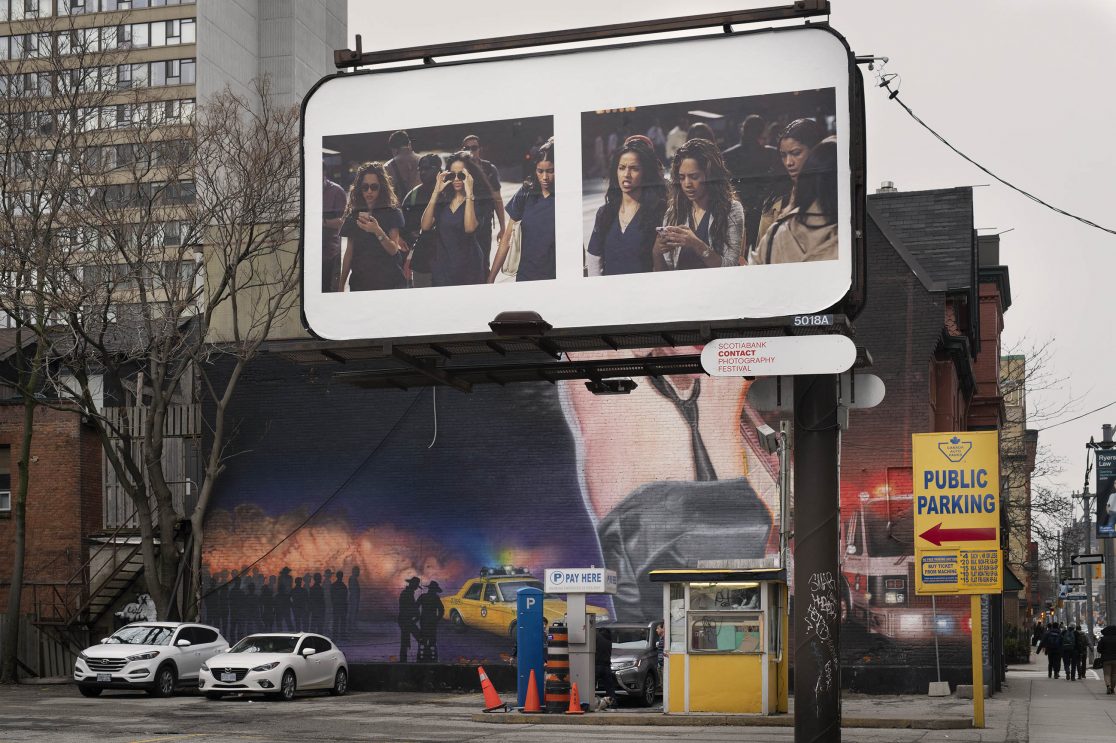 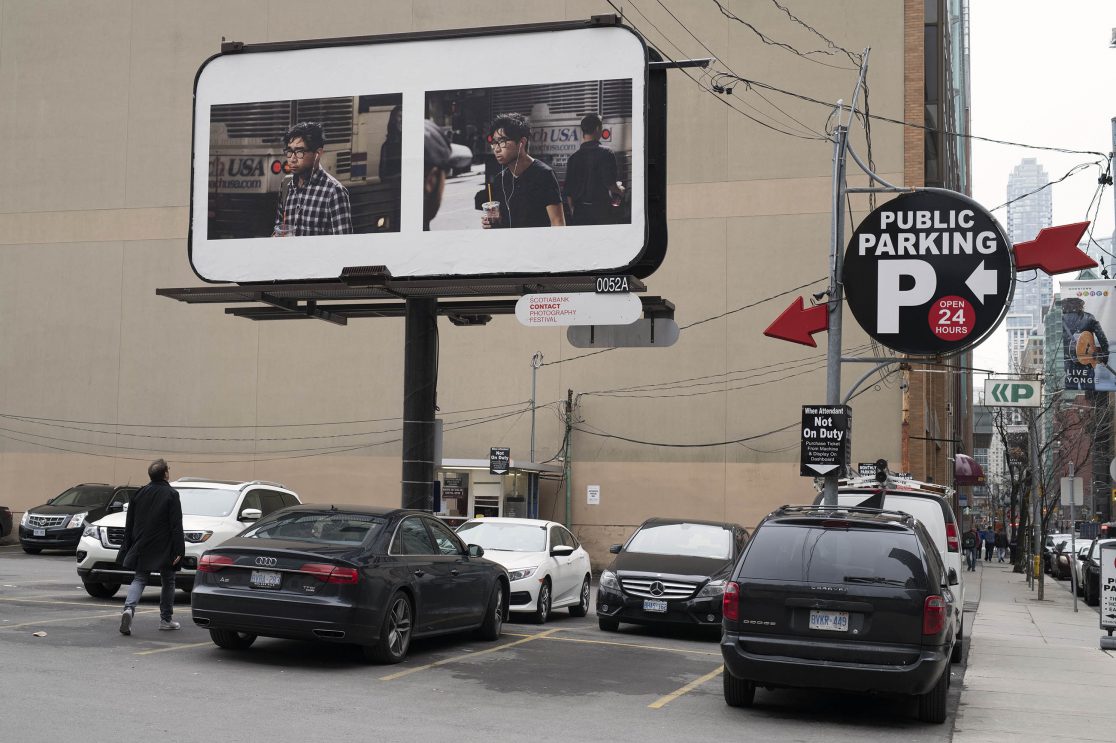 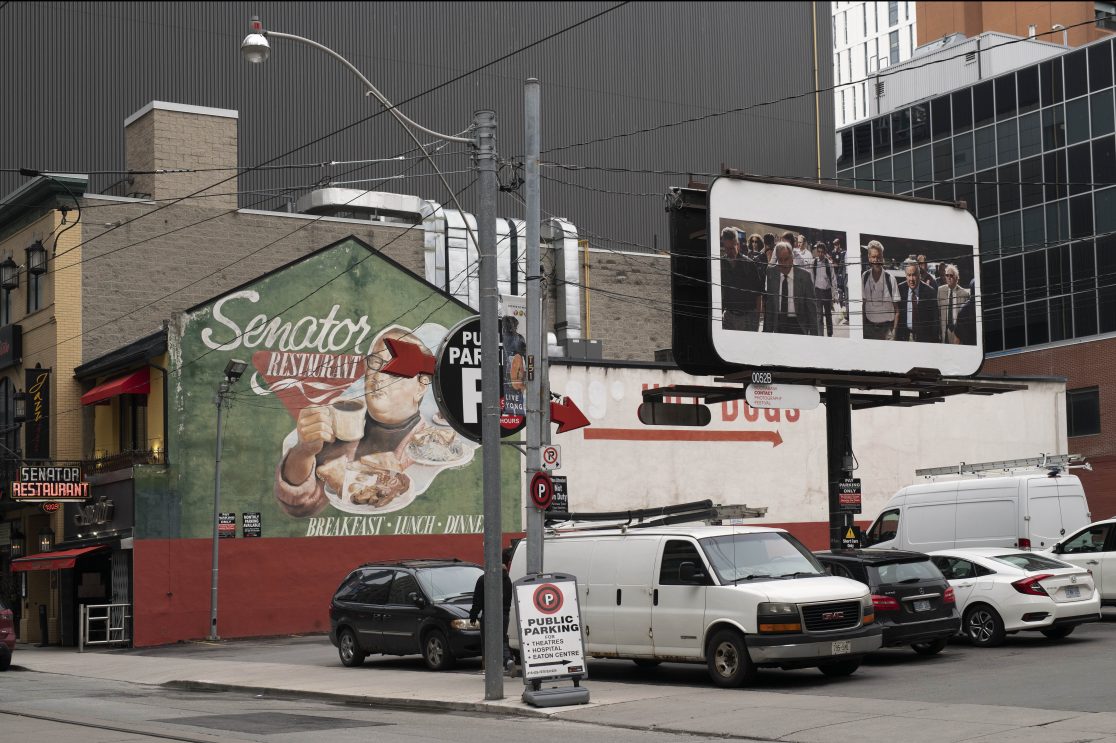 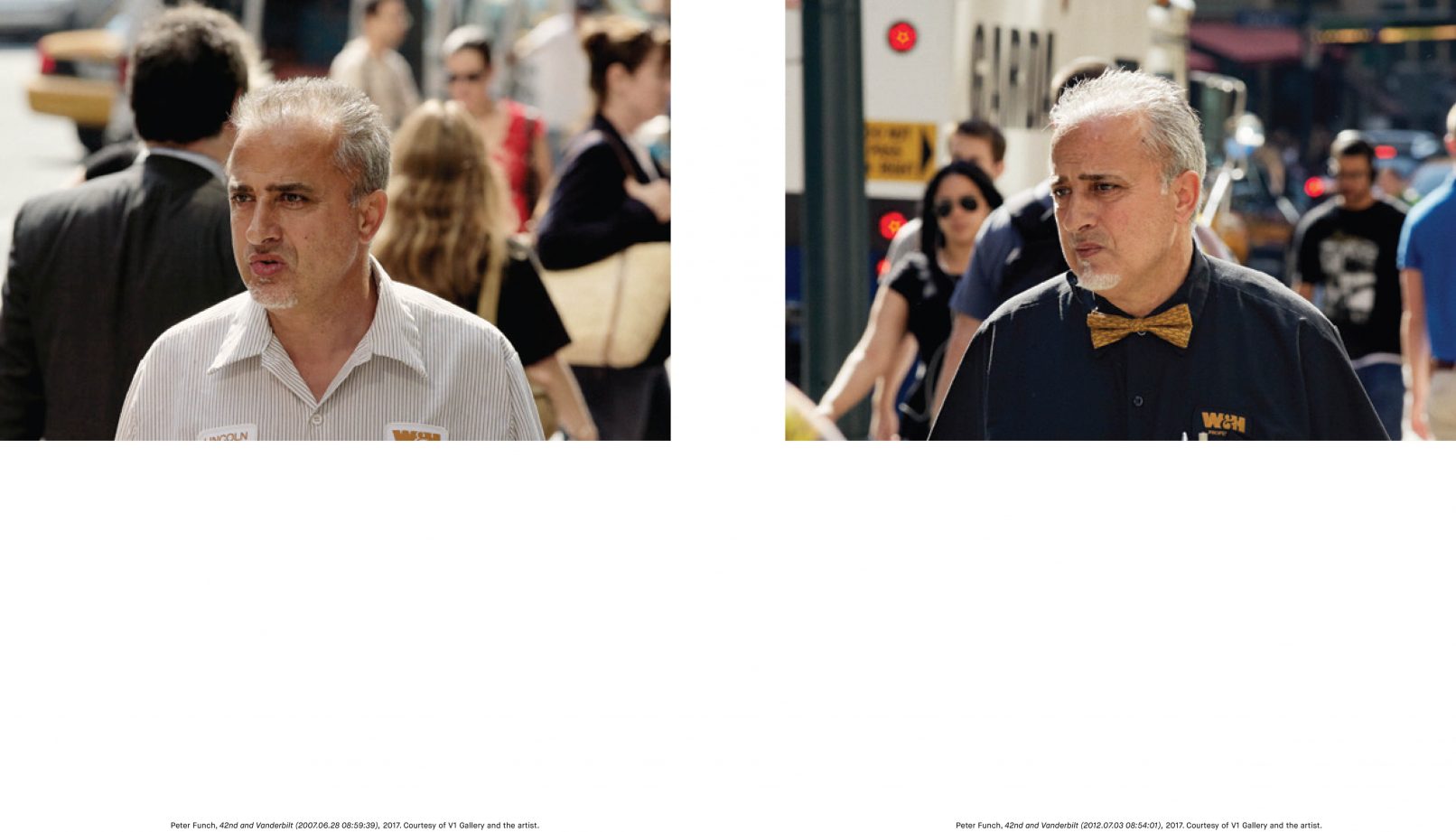