A conversation with Peter Funch by Andreas Till & Eugen Litwinow

This interview is all about your series “Babel Tales”, where you concentrate on New York. How does your research look like? Do you choose the location because of the background, the architecture or the type of people you want to show?

It is a combination of both. I am trying to find places, where people are. Where is a mix of people or certain types of people walking, coming out of the subway, around the corner or out of the mall. It’s very dependent on what kind of people are around.

You have some pictures at the same location, but with different types of people. Are you looking for people, searching for them or how do you find out about what you want to show?

The first corner I did was the one at Chambers Street where you find people with flowers, envelopes and kids. What I did wasn’t really planned. I started sitting at that street corner and got the whole idea for the project. People were smoking cigarettes and I thought “Wow! Wouldn’t it be interesting if everyone was smoking?”. And so the whole idea started there. It wasn’t really decided what the theme was, but from then on it kind of developed. And then I started working that way instead.

You’ve just said, that it would be interesting to show many people doing the same thing. The title of your series is “Babel Tales”. Do you refer to Babel as a biblical background?

Yes. It is a reference to the Babel myth, the „Tower of Babel“.

This is very interesting. What does Babel mean for you? Do you see any similarities to New York or do you try to tell your own modern story of a city like the „Big Apple“ where people get spread?

First of all, New York was also called “City of Towers” or “City of Babel”. It has that reference. It is a city filled up with towers. Babel is also the meaning of the myth from the Bible about these people building up the tower and are divided into different languages, so they couldn’t communicate anymore. Also, Babel is a story about having something in common, in that case it is the language. I put it a bit into another way, so that they can have something else in common than the language. For instance, the way we all look, the way we dress or the way we behave.

Your series consists of 29 pictures. How do you justify the great amount of pictures or what makes every single picture so special and important within the series?

When you begin with a picture, you start out of curiosity. Then when I finally make it, I get answers to some of my questions. In the following, I will have another question and which develops the curiosity for another subject. Then I have another and another, and another. Can you do this? Can you do that? What about seeing it this way? I have been doing this for almost four years and there is no logic explanation for numbers. It is just a bag of curiosity I have and when it is over and when I am getting bored with it, I’ll stop.

Which role does coincidence play in your work?

A lot. Because it is the whole idea of photography. The „Henri Cartier-Bresson way“ of understanding things, the decisive moment. If you are there and you have enough time, something will happen. You will get it and it is just the matter of combining all these decisive moments to get a maybe more interesting picture. So a lot…very much!

What would be the perfect composition for you? You have the possibility to photograph people in different movements and put them together in only one frame…

I guess, if you start thinking about its genuineness, if you feel something that you can’t really place or if you have to look at the photograph twice, then you are definitely at a point, where I would say this is an interesting composition or expression.

So do you orientate yourself on a kind of rhythm of forms and colors?

Yes. I mean, I am very much inspired by how things look normally or in a documentary style. I don’t really like to add anything. I like it quite dry as it is, like you do it when you do it documentary style, because I think the idea plays a lot with the challenge of reality and what is fake and what is real. So adding further looks would confuse the whole story.

Although your pictures are highly manipulated you have a deceptive effect of reality. Is this your aim to get a construction which seems to have happened by chance?

It is funny. You know, I really dislike the word „manipulated“. It is just another way of documentary and story telling. The only thing I am cheating or using digital post-production is, that I take pictures over a long period of time instead of taking one shot in a 1/125sec.. Of course, it creates another way of story telling, which I find quite interesting.

When do you decide about the subject or the linking element, do you choose the element while photographing or when you do the composition on your computer?

I found the first couple of images, when shooting and edited them afterwords. Usually, I visit an area, find a street corner and then I notice different people and think about which image would be possible to do. And some are very specific, like images where people are praying in the night-time, for example these Muslim people, who are praying behind the bank. I know these guys selling handbags, because I pass there everyday. They sell them on the street and they pray here everyday. Then, I use the internet to find out when the Muslims are praying, so it is all very sight and time specific.

At the beginning you told us about the beginning of your project and the pictures of Chambers Street. You have other pictures that you took at the same locations, for example in front of the Alias restaurant. You also use the same persons in different pictures like in „Moving Matter“ and „Helter Shelter“ .There is this guy with these two red plastic bags. Why did you use him in two pictures or what does he add to every single picture?

I usually use images with linkings between them. You have this picture where everyone is carrying envelopes. The yellow envelope is repeated in „Enforcing Enforcers“. I am trying to make links between all the images, so you have a story in each image, where people have relations, but you also have them between the images.

I see it more as a document about people. I think nowadays we don’t really care that much if it is manipulated. Hopefully, we will be able to use this project as a social study document in ten or twenty years or maybe longer. I definitely play with some elements of fiction, because I am very much trying to move the reality from how we usually see it. You see one person doing one thing, which is quite normal like yawning, but you wouldn’t really pay attention to it. But when you see ten people doing it, it looks completely different. So, I take the reality element and transfer it into a more fictional world.

After you shot your background, you photograph people while they move but also when they rest for smoking, for example. I guess you have many pictures, in which people stay at the same position. How do you decide which person you use for your final picture? Do you look at the person itself, at the character, is the person interesting for you or is it the color?

You also play with captions. Do you want to give orientation or tell a story?

You have two pictures where you just turned around the words of the caption. One picture’s title is “Observing Observers” and the other one is “Observers Observing”. Where do you see the difference?

It is definitely the rhythm in the words. It is the same thing happening in the image, so you can see it as two point of views about the same subject. It is two ways of saying kind of the same thing.

Last question! You did „Babel Tales“ and „Dream Amsterdam“. Do you have any more plans with this kind of approach and do you consider this project to be repeatable?

I am done with this! I definitely started a technique, which is quite interesting and it definitely changed my point of photography a lot. A photo is not only one image. You can do one photo over a long time. So it definitely changed a lot, the point of view, the way you see images. But sitting on a street corner – I am very much over that now! 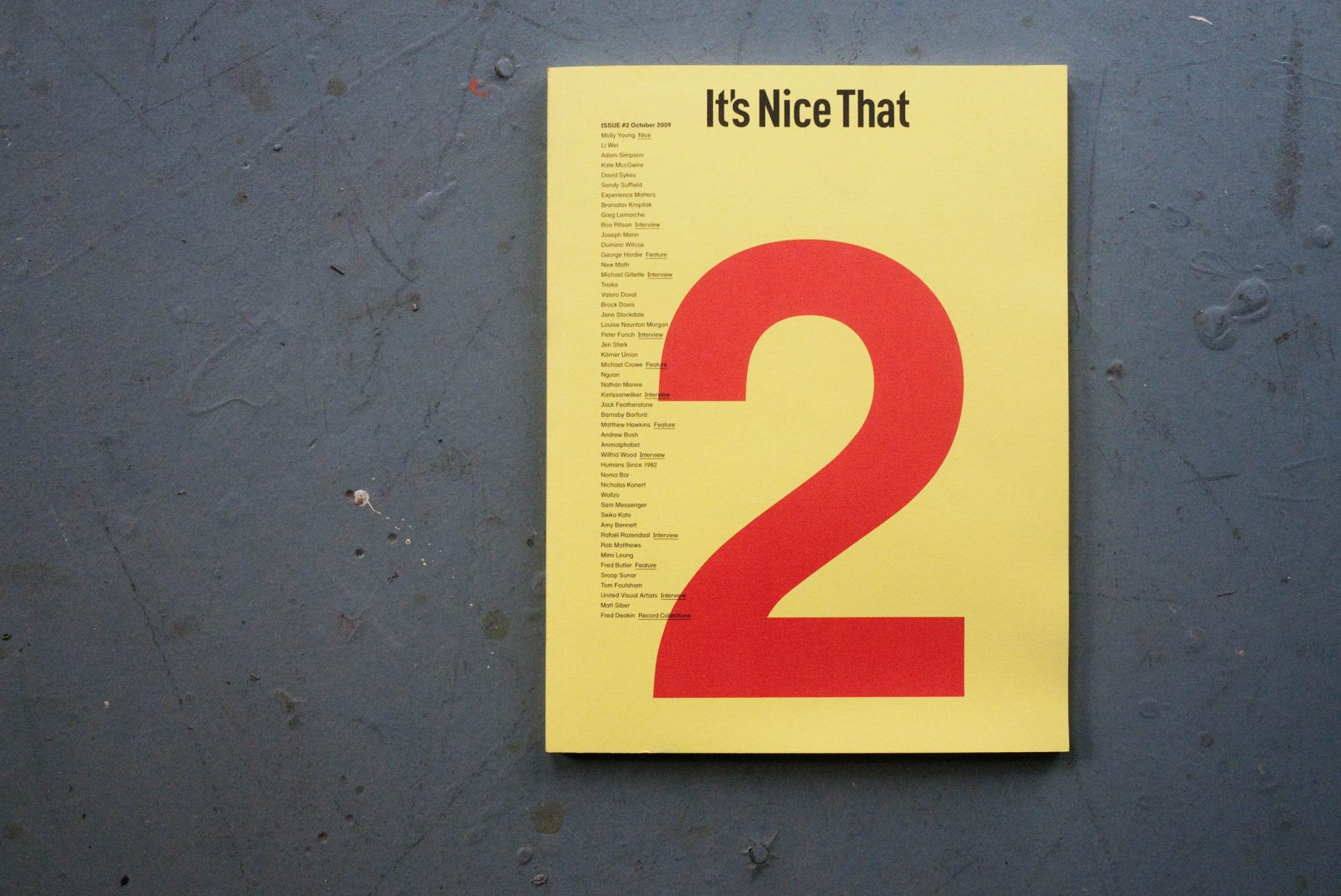 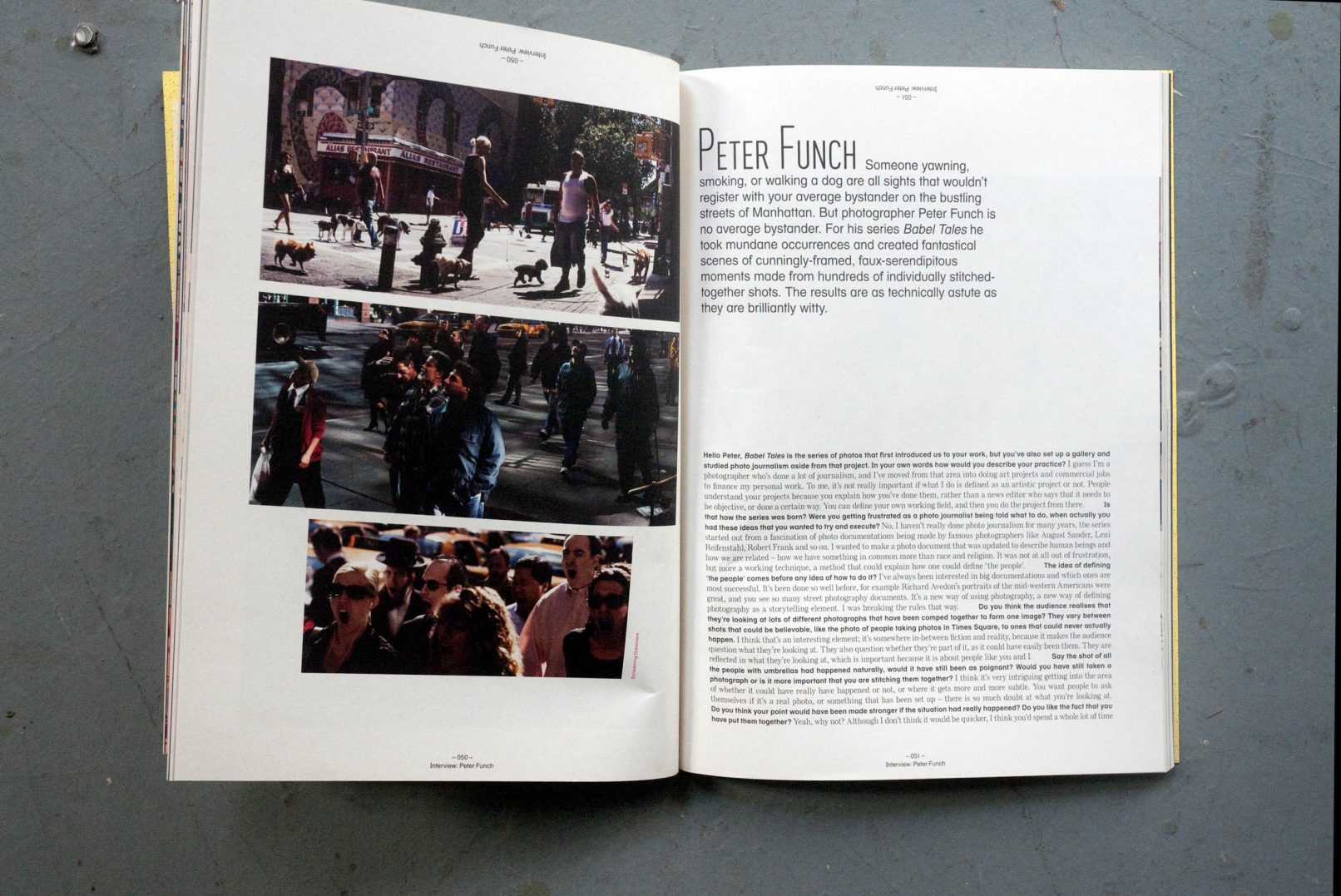 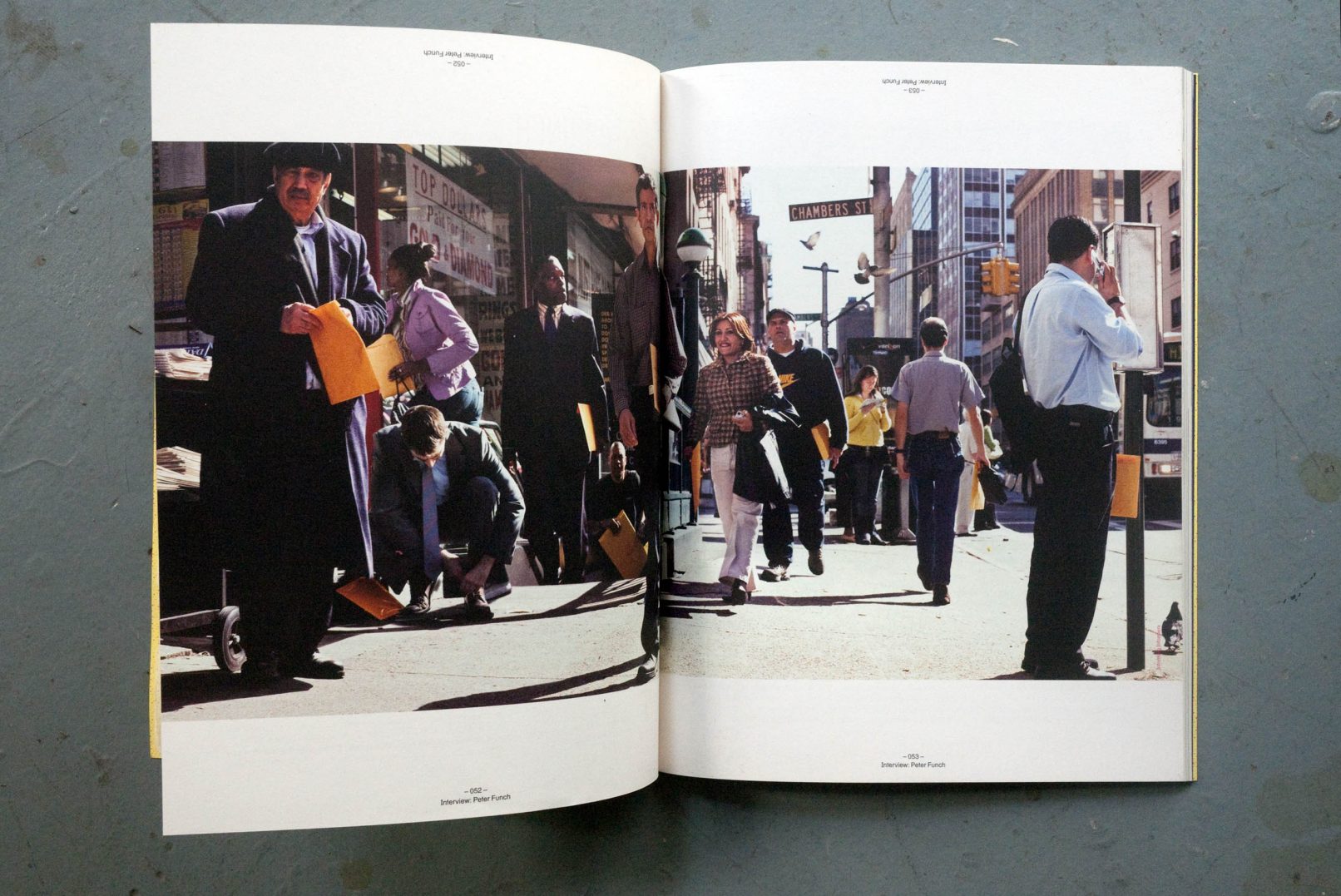 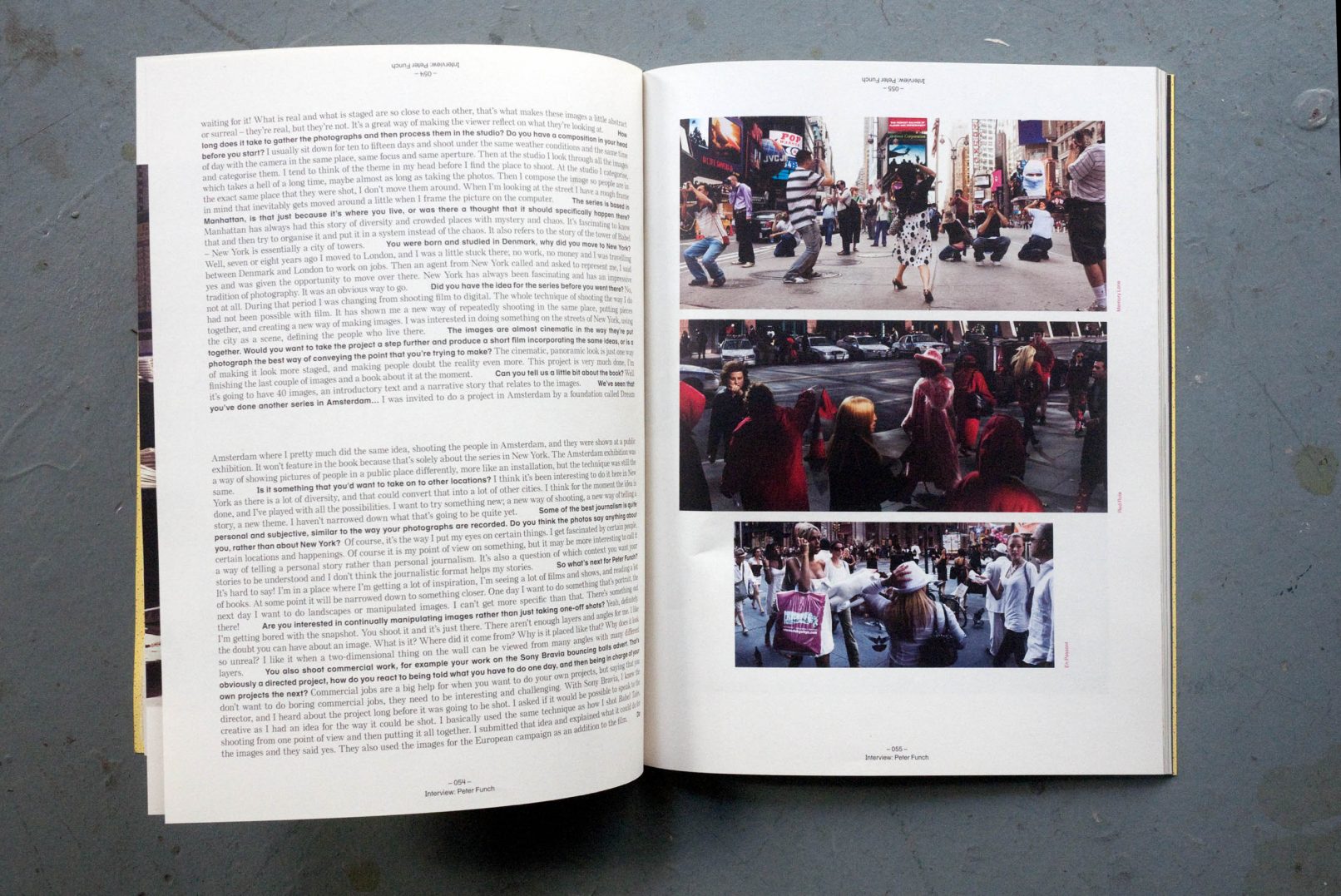 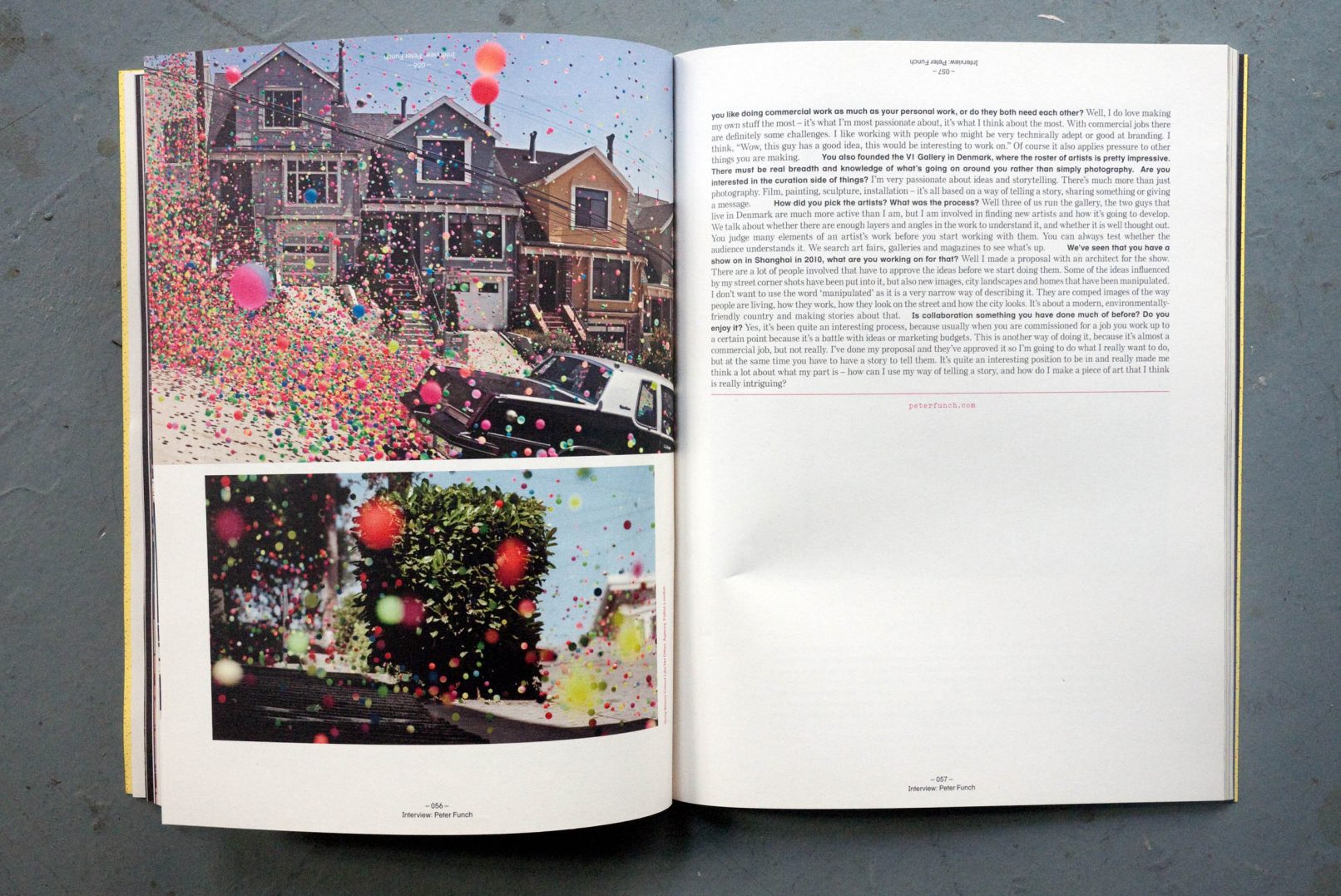